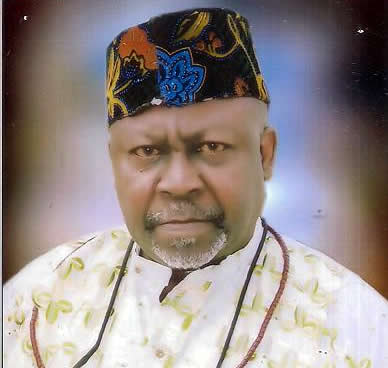 Driven by a passion to help mankind, Tobi Majoroh studied medicine at the University of Ibadan, Nigeria graduating top of his class in 1977. Upon graduation and successful completion of his internship he worked as a medical officer at the hospital Management Board in the then Bendel State. Not quite satisfied with routine everyday practice and seeking to make the most impact on humanity, Tobi ventured into public health and bagged a Fellowship of the prestigious Royal institute of Public Health Hygiene London. He subsequently sub- specialized in infectious diseases control especially the highly stigmatized ones -Leprosy and Tuberculosis and in his very thorough nature made great efforts to get the utmost training in his chosen sub specialty.  He was trained for Leprosy adequately at the All Africa Leprosy and Rehabilitation Training Centre (ALERT) Ethiopia and attended an International Training Course on TB Control in Arusha, Tanzania.

He later undertook residency and became a consultant physician, which gave him the much-desired opportunity to train and mentor younger doctors and medical students. This was a very strong legacy, which he could not trade for anything.

Tobi has held a lot of management and technical positions -influencing policies and driving their application. He was the Chairman Western zone of TB/leprosy Advisory coordinating Committee, Director of training at the National TB and Leprosy Control Training Centre Zaria, Delta State TBL coordinator, Director of public health and disease Control, Permanent secretary PHCDA, Executive director PHCDA, Technical adviser to GLRA and consultant to ILEP to mention but a few.

Tobi’s selfless service has not been solely in the health sector but also includes the non health sector where he contributed immensely to their sustainable development. He served as Permanent secretary of the Ministry of oil and gas

He has also contributed to the existing body of scientific knowledge by writing and publishing articles especially on leprosy in many regional and international journals.

The immense sacrifice and tireless efforts by Tobi to help humanity has not gone unnoticed. He has received many awards notable among which are the National Productivity Merit Award (National productivity order of merit) by the presidency for his outstanding contributions to the control of TB and Leprosy in Nigeria and the Award of excellence in the field of medicine (public Health) by Birch Freeman Old Boys Association

In simple terms Tobi has worked all his life serving fellow human beings and making their lots better. He is a great teacher, servant leader, public health change agent, mentor and a distinguished scholar one to be emulated by the younger generation!