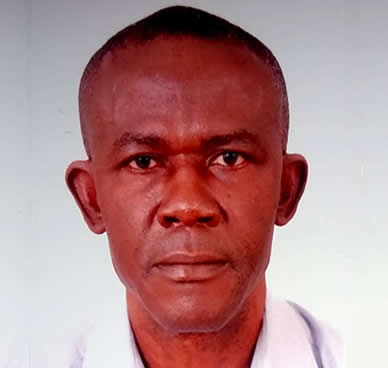 Dr. Joseph Ngozi Chukwu has been active in Tuberculosis and Leprosy control in Nigeria in the past 31 years. He is a medical graduate of University of Vienna, Austria. He also has a Diploma in Tropical Medicine &amp; Hygiene (DTM&amp;H) from the Liverpool School of Tropical Medicine and Masters in Public Health Degree from the Nuffield Institute for international health, University of Leeds, UK. Dr. Chukwu has also practiced medicine in Austria and Zimbabwe.  His career in TB control started in 1986 as a Medical Officer in the Leprosy Research &amp; Referral Centre Uzuakoli. While in the hospital, he doubled as the State TBL Control Officer for Imo State and later on as the Abia State TBL control officer when Abia State was created.  From 1996 to date, Dr. Chukwu has been working as a Medical Coordinator with the German Leprosy and TB Relief Association (GLRA). His movement to GLRA made a tremendous impact in TB and Leprosy control in the States in the South East, South South and South West of Nigeria. He used his position at GLRA to contribute to the expansion and consolidation of TB and Leprosy control in these regions. His efforts at TB and Leprosy Control in Nigeria has earned him numerous international and local awards.

In addition to his numerous achievements while at the Leprosy Research &amp; Referral Centre, Uzuakoli and GLRA, Dr. Chukwu is an important resource person to the National TB and Leprosy Control (NTBLCP). He made very useful contributions in almost all the policy document and programme guidelines of NTBLCP. Dr. Chukwu is also an author and co-authored a book on the history and Leprosy control efforts of the Leprosy Research &amp; Referral Centre, Uzuakoli. He has numerous publications on TB control in Nigeria. He was the Principal Investigator (Nigerian site) WHO/TDR-sponsored international multi-centre trial for the comparison of fixed drug regimens with loose drugs in the management of pulmonary TB and a Member, Special Project Team (SPT), WHO/TDR/ European Union-sponsored Gatifloxacin international multi-centre trial for the treatment of pulmonary TB. For his interest and promotion of research in TB control in Nigeria, he was appointed a member of the Research Committee of the NTBLCP.

Dr. Chukwu is well respected for his leadership qualities and for his oratorical prowess. Two distinct leadership traits he possesses are honesty/integrity and the knowledge of the business. He has, over the years, played a very crucial role in developing leaders for the TB and Leprosy control programme.